Why do developers live by different rules at work?

by thesambarnes, in Digital Agency Management, with 29 comments -

This may make your blood boil, but if it does, please feel free to add a venomous comment or two after reading.

This is a topic I’ve wanted to approach for a few years now and is really more of an open question to the digital community… why do developers live by different rules than others at work?

Note: The term ‘developer’ in this article really means anyone working in a digital environment on the production side, you know, people like this.

The ‘rules’ I’m referring to are specifically surrounding the use of Twitter, blog reading, YouTube, Facebook, flexitime and all of the other things that now seem to be a widely expected, and to some extent, accepted part of everyday life in many digital agencies out there i.e. things that many view as a sign of people not doing the job they’re being paid to.

As someone who, albeit unbelievable to some these days, genuinely used to code for a living, I can completely testify that both of these positions are 100% valid. When you’re coding, designing, or even writing a functional specification or creating a big project schedule – being in ‘the zone’ with no distractions is a must, and distractions are such a pain in the arse for momentum.

Is this the solution? Neat idea, or not practical as not everyone can always help with all queries equally?

However, the point to which I elude to above is that it’s not just coders who work better when context switching is kept to a minimum, but it does seem that these are who you hear about from the most – why is that?

And why is it that having a Twitter client permanently on-screen where Tweets are popping up every second, distracting you unexpectedly from your work is considered to be not context switching?

The only reason I’m genuinely curious to hear answers from people on this is because I personally find having things such constantly open on my screen to be a terrible distraction that seriously impedes my productivity and focus.

In fact I find it worse because it tends to be a more frequent occurrence than someone coming over to me or a short-notice meeting being arranged. If I can see a meeting is arranged for two hours time, I’ll tend to work around this necessity rather than complain about it like it’s some big surprise I wasn’t expecting, as do pretty much all other Web Project Managers I’ve worked with – incidentally these people rarely seem to have Twitter open permanently, even the ones who used to design or code.

Is it that I’m just useless as being able to balance these things with my work focus, or is it that it distracts developers just as much as me but they wouldn’t like to admit it in case this culture is stopped dead in its tracks?

I’ve discussed this subject for quite a few years with developers in various workplaces and forums, and the common reasons given for this culture being a beneficial one tend to boil down to:

My answers to these have remained fixed over the years:

*Caveat: I fully admit I think I talk more than I should at work, usually distracting my very hard working Web Project Manager colleague, and I also take 2-3 cigarette breaks a day, but you know what, many developers do these things also, on top of the ‘Twitter-thang’.

So is it that it’s simply a case that this culture is beneficial to companies, or is it one that isn’t from a commercial perspective, but is just what we’ve all become conditioned to over the years?

A beneficial culture or merely tolerated?

As an employer or Web Project Manager this is ultimately the big question. I don’t know the answer to this, but as far as I see the point and counterpoints are clear.

Digital folk are a unique bunch of people who generally have a passion for the industry that exceeds the boundaries and hours of their day job. 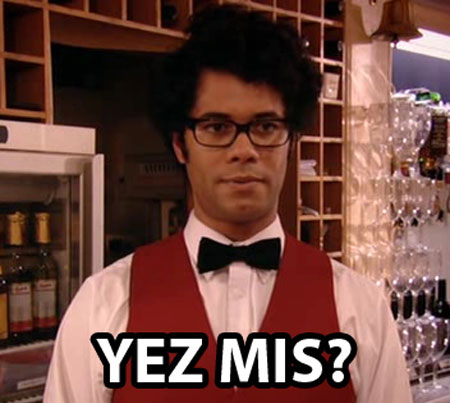 Most people just don’t understand us and our ways

More to the point, an employer or Web Project Manager, would rather have people with this passion on their team than those who do not as they’ll tend to go above and beyond, stay up to date with the latest trends and technologies and be more dedicated to the solutions they provide, as opposed to those who see their job as just a job and clock off on time every night.

By promoting a culture where they’re allowed to have Twitter open all day long and read blog posts during work hours means you attract and retain the passionate people in the industry rather than the clock watchers.

Developers can choose when to context switch to Twitter, YouTube or blog posts, as opposed to ad hoc disruptions from Web Project Managers, this timing makes all the difference.

Not permitting this culture would result in the passionate people leaving and a ‘corporate’ environment ensuing, and who wants to work in a corporate environment where every minute of every day is tracked.

If developers spent less time looking at Twitter, YouTube and blog posts throughout the day more work would get done. If more work gets done, the company is more productive and generally more profitable, which means salaries, perks and benefits go up, not to mention the entire team is trusted more and slowly but surely allowed to run things how they want rather than being micro-managed.

By all means watch videos and Tweet during lunch, and maybe a few times during the day, but abusing this culture really impacts on the perception of how hard you’re working, or highlights the fact that perhaps you aren’t. This in turn de-motivates those who feel they’re working harder than you and to bosses who don’t understand the culture, it re-enforces their perception of you being rebellious teenagers who makez web pagez. 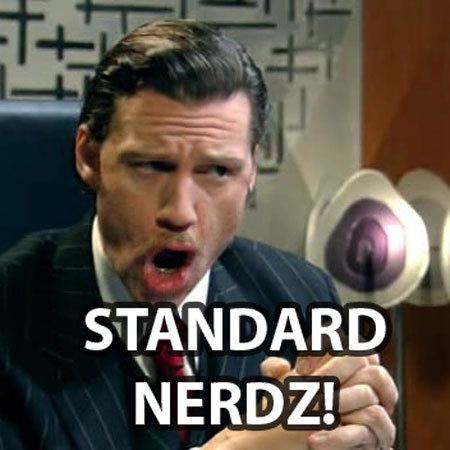 The argument that developers deploy, saying that choosing when to context switch makes all the difference seems to fall flat on its face when you cannot predict what or when a Tweet will appear and they’ll inevitably click through to read no matter what they’re doing at the time.

Each time a mistake is made, delivery is late or budgets overrun, if you cite context switching as being a primary reason, to some this will seem tantamount to insulting given that you visibly spent what seems like ‘too long’ on Twitter during either the early phases of the project of launch week.

Having worked with and for companies that both promote and discourage this culture, I’ve not seen any major differences between attracting quality staff and/or retaining them.

The only difference I’ve seen is in the attitudes of those at companies who discourage it, and it seems a little more commercially minded and contains a lot less ‘divas’.

On the flipside, companies who encourage or permit it tend to seem much ‘cooler’ and more akin to the Google and Facebook-esque era that we now live in.

It will be pretty obvious what side of the argument I personally come down on, but the truth is that’s down to utter selfishness.

By that I mean, I too love what I do, I’m a Web Project Manager and my job boils down to delivering web projects on time, on budget and to a good quality standard. There are things that happen during every single web project that seem to be demanded by the Gods to prevent me, and everyone else in the web project management world, from achieving that.

I expect it to happen, I plan for it, I fight for contingency budget to cater for it – I do lots of things, and sometimes even consider praying to the Gods, but obviously don’t – that discussion is for another time – but I don’t blame you in any way, that’s just how web projects go.

Behold the Grumpy PM and his infinite wisdom

But while I’m doing all of this to try and make everything run smoothly, as things start to go wrong and the whiners start to whine, I often grumble to myself and others at how the whiners can complain about lack of time or context switching when they’ve found the time to read every Tweet that day, click through to a few links, read the posts and watch several funny videos – it infuriates me – but – I’m ready to understand…

If you’ve made it this far or just skipped to the end like Simon Pegg in Spaced, I’m ready to listen, and I want you to help me understand by answering these questions:

C’mon, sell it to me; sell it to our bosses, please. There must be some Web Project Managers our there who also stay on Twitter all day and read blog posts etc. Why do you find it beneficial? Or, in what way do you see it as a beneficial thing for your project team to be doing?