by thesambarnes, in Digital Project Management, with 8 comments -

Time and time again I read about the importance and power of being positive when it comes to not only work, but life as well. They essentially preach that if you stay positive during a challenging time then it’s more likely to yield a positive result, and conversely, if you take a negative viewpoint the chances of failure are maximised. 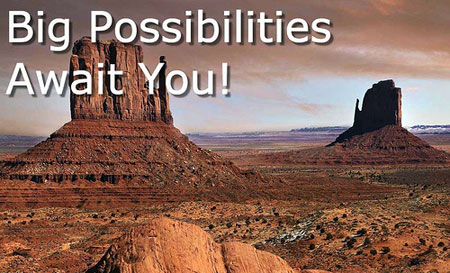 While I’m not going to dispute this, I do feel this life lesson is often misunderstood and even abused in the workplace with the result being failure in the short-term, and in the long-term a very damaging self-perpetuating culture that actually hinders businesses everywhere by scaring employees into silence and creating a delusional mindset – or as described in the fascinating article by Jason Yip.

…a systemic inability to confront brutal reality.
Why does problem-hiding occur? Jason Yip

To bring it back to a web project management level, I’m talking about a situation where a client or your colleagues give you what looks like an impossible web project-based mountain to climb and when you begin to raise anything other than positive sugar coated comments you’re labelled as being negative.

I’ll say it now – I think this is utter BULLSHIT.

The dictionary describes ‘negativity’ as:

Pretty depressing huh, kind of makes you feel like the below made me feel as a child, FIGHT AGAINST THE SADNESS!

Horrific! If you want to take a few minutes to recover at this point I completely understand.

However when it comes to web project management I sincerely believe it is a Web Project Manager’s job to execute most of the actions listed in the first sentence of the dictionary’s definition when necessary, and absolutely at all costs never any of those in the second – thus throwing the very essence of ‘what is negativity’ in web projects into a spin.

It’s my belief that there are two types of people labelled as negative in digital agencies: 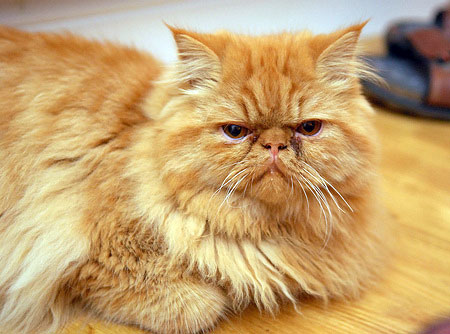 A feline representation of a Type 1

For the purposes of this article I’m going to ignore the Type 1 people and leave them with their dehumanised droid-esque title but want to emphasis just how different these two types are.

The Dangers of Blind Positive Thinking

Before I get into why negativity isn’t always bad, let’s look at the benefits of blind positive thinking. I use this term to refer to the mentality adopted by some whereby no matter what the challenge they believe simply by being positive means they will prevail – an attitude commonly associated with entrepreneurs.

There is absolutely no doubt in my mind that adopting this mindset will see both you and teams working for you through tough times. It is infinitely nicer to work in an environment where everyone is positive rather than negative, it motivates people, it encourages people to excel beyond their previously self-imposed limits and, just like negativity it’s highly infectious.

But, and it’s a big but, at what point does positivity drift into the delusional? I’ll tell you when, it’s at the point where no amount of positive thinking in the whole wide world will revert a doomed situation into a successful one.

To focus 100% on positivity, to try to trick your brain into thinking everything is great, is to prevent yourself from making an impact in your life and in the world. When you turn a blind eye to what’s wrong in the world and what’s wrong in your life, you’ll never be able to do anything to fix it.
Joey Weber, The Case for Being Negative

Positive thinking will not fill your tank with gas when you’ve run out, nor will it get your £100k web project complete for £10k – in steps the realist – or in the context of this article, the Web Project Manager. 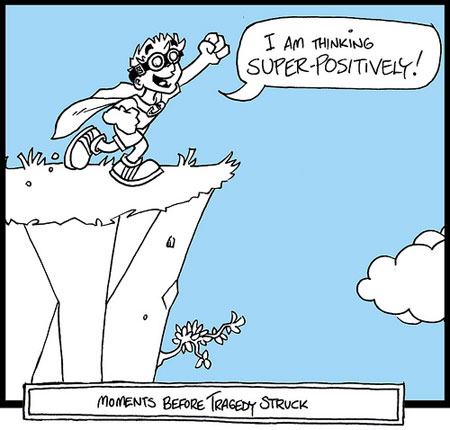 There will be points in a Web Project Manager’s career where they have to be the ones to put a total shitter on everyone’s ‘positive’ plans by getting annoying logical on their ass, some will call this being negative, but it isn’t, it’s just fact.

Sometimes you have to ram home the dangers of blind positive thinking and stop people making huge mistakes on web projects, but the method you choose to do this can seriously make or break your reputation as a Web Project Manager – play it wrong and you’ll be labelled as negative and future sceptical stands will be ignored, play it right and over time your judgment will be trusted.

As with any lesson in web project management I’ve ever learnt, I learnt it the hard way, by making mistake after mistake. For example, when being given completely unrealistic budgets or deadlines I’ve made a ‘you must be mental‘ face and pretty much said that.

I was told to stop being so negative and to get on running the web project. I ran it to the best of my ability and of course it ran massively over schedule and budget. Was I right 99% of the time? You bet your sweet ass I was, but had I played this situation well? Hell no.

What I had done was de-motivate my boss, my team, myself and spent the whole project uttering bad things and occasionally getting accused of actually causing the overrun due to my negativity – total nonsense but also a total fail on my part. 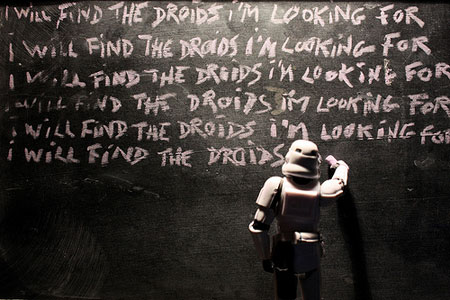 So what exactly did these painful lessons teach me… they taught me how to communicate realism.

How to Be Negative (Realistic)

Below are the lessons I’ve learnt when it comes to expressing huge concerns about web projects. If only one or two Web Project Managers out there can put these into practice and save themselves from some pain, I’ll be a happy little Englishman.

It’s Not Obvious to Everyone

First of all, when I was pulling my ‘you must be mental’ face I was making the mistake of assuming that the ‘mission impossible demand’ was so obviously unachievable only a fool could think otherwise.

Later I realised this is not the case and that was actually my experience managing web projects that meant I could see it immediately from a proposal, an estimate or proposed timeline, where others could not.

Think Before You Speak

Before you pull your version of ‘the face’ take a few minutes to consider the very real possibility that it’s not common sense but actually your skill, your expertise and the very reason they hired you that make it so clear to see – even if you’re completely right, holding back from reacting quickly will save you oodles of pain.

Her Twitter profile says “CEO of my vagina” – genius

Instead of immediately going toe-to-toe with a positive smiley person and ruin their mood and your reputation, start by being humble and consider the fact that your instincts may be wrong.

Approach the problem logically i.e. take all of the requirements, break them down into smaller chunks and assign money, time or people to it on the absolute happy path where there is zero resistance and see if in fact you’re right.

Try your damndest to make it work on paper, and only when you’ve sincerely tried every trick in the web project management book and still you find gaping holes can you start to take the next steps.

Don’t Use Your Opinion, Use Cold Hard Numbers

Once you’ve done all the calculations for the happy path, save it and format it in such a way that it cannot be disputed by anyone regardless of their sunny disposition. Although taking longer, this is the maths equivalent of the ‘are you mental’ face and is much more powerful, unless you’re Chuck Norris. 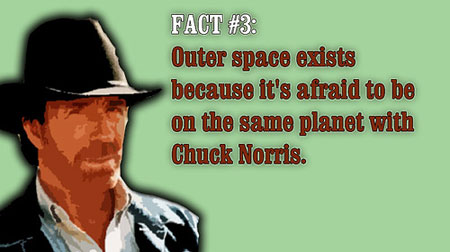 Chuck Norris can use Comic Sans

Offer a Real Solution, and Get Positive!

This is one of the most important lessons in web project management, if not life… if you flat out disagree with something, don’t waste the limited time you have on this planet whining about it unless you’re willing to try and fix it.

As a Web Project Manager it’s your job to solve problems just as much as it is a designer’s or developer’s job.

Always follow the unveiling of your dream crushing numbers with either a proposed solution or a forum where a solution can be derived. Be it by adding more resource to a web project, using clever workarounds to achieve the same goals, getting more money or phasing the solution.

But don’t stop there, do the numbers on this too. Get the web project into a position where, even if it’s still going to be a mission, everyone, including you is able to get genuinely positive about it again!

The Crux of the Matter

Anyone who hides behind the mask of eternal and permanent positivity claiming that anyone who protests are all negative, aside from getting right on my tits, need a swift kick up the behind.

There is a very real difference between being negative and being realistic.

A negative person is rarely positive, a realistic person is sometimes positive and sometimes not, but when not, always tries to get things into a state where they can feel positive about it as opposed to constantly ‘thinking positive’ and screwing up time and time again.

Being realistic does not mean limiting your dreams; it simply means you make sensible steps to reaching them.

To be realistic is to think about things that you feel are really possible to achieve.
Difference Between Negative and Realism