by thesambarnes, in Digital Project Management, with 2 comments -

So whenever I’m sitting down to play a little game of FIFA with a good friend of mine and I tell him I’m currently drafting an article, he replies with sarcasm:

Is it about how to manage clients? Or maybe how to spot bad clients? Or what about how to handle client meetings? You could do an article that was more client-focussed.
@ioptics, Every single bloody night, 2010 – 2011

I then let him beat me at FIFA so he doesn’t go to bed crying. However, as much as it pains me to say it, he does make a good point. 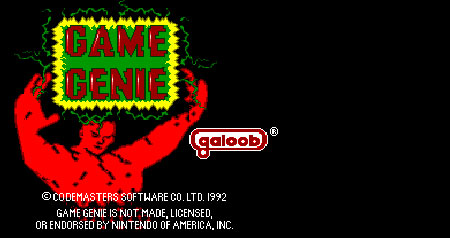 The Game Genie is the only way @ioptics can win

There are an awful lot of web project management articles out there that are focussed on client management, as well as estimating, scope creep and budgets etc. but one area that is often overlooked is what part a Web Project Manager can play in team management.

My next series of articles will focus more on the internal aspects of web project management.

This article focuses on why and how a Web Project Manager should resolve common issues that cause internal team conflicts that ultimately stall web projects and lower team morale.

Web designers hate developers, developers whine about designers and both bitch about the Web Project Managers – this is the stereotypical view of the relationship between these three parts of a web project team that resembles what social workers would undoubtedly call a dysfunctional digital family. 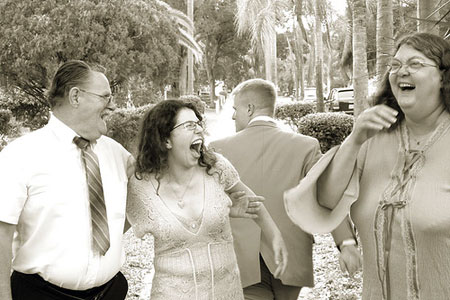 Why can’t we just all get along like this?

The reasons for these notoriously frosty relationships have been well documented over time in articles such as:

However, as my comments in the latter article suggests, I believe the reasons for issues all boil down to four things:

Guess what, these four things are here to stay and as well as having to manage multiple web projects, several clients, a handful of suppliers and even your boss to some extent – I sincerely believe it’s down to the Web Project Manager to also manage these aspects of a digital team dynamics.

As some of you may be thinking right now “Why me!?”, well here’s why…

The simple answer to why it should be you, is because as a Web Project Manager you are responsible for the successful delivery of the web project and failure to manage the four issues will almost certainly result in either web project failure or a lower quality result than it could’ve been.

Not only are you responsible, but you’re often the only person with the full overview of the situation and thus are best placed to start resolution and below are some approaches to each.

As a Web Project Manager you are smack bang in the middle of web projects. Your boss just wants the project to go well, the client wants what they paid for, designers want to produce something they can be proud of and developers want to create elegant efficient code that solves the problem. 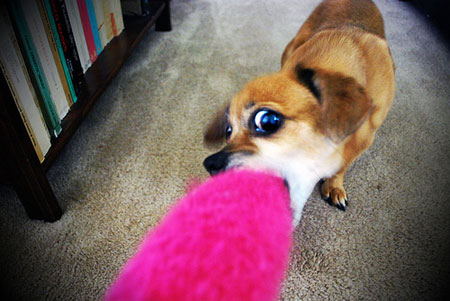 You have to manage bitches like this and their priorities

Unfortunately these priorities often clash and this is where the problems start, but the resolution approach is generally the same…

First you must understand the priorities of each party, then empathise completely, and finally educate all on everyone else’s priorities and feelings – and you have to do so in a way that leaves each party empathetic to all sides of the equation and willing to compromise.

To effectively achieve this you have to believe and champion the notion that no one is looking to screw anyone else over and all parties are just looking to produce the best thing they can – and you know what, this isn’t fantasy land, this is pretty much always the case but for some reason it’s rarely communicated.

We’ve all met them, the arrogant designer, developer and even the occasional arrogant Web Project Manager :)

They think they know it all and when challenged they see it as almost an insult, dig their heels in and seemingly set out on a mission to be as obstructive as possible to a smooth web project process. 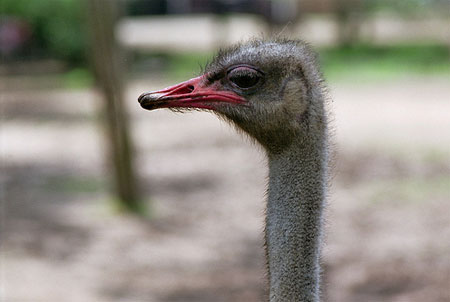 Look at him, he so thinks he’s it!

However the truth is, pride and a high level of skill mixed with confidence is often mistaken for just arrogance. But whether these people are good or not is irrelevant really when it comes to eliminating this as a cause of web project problems.

Your mission is to remove barriers to momentum and get things going again and so, when faced with an arrogant team member just take them to one side and talk to them with respect about what their issues are – and when I say talk to them, really talk and more importantly listen first, and then once you’ve fully understood their issues make sure they know you’ve understood and then proceed to explain how all you want to do is move things forward.

Try offering up parallel issues that another team has with the project, try to make them appreciate it’s not just them in a bit of a situation and then finally make sure to leave the room with a deal that removes the barrier.

Sometimes a designer will hate a developer for putting the brakes on a design element that would require certain rocket science functionality, or a developer will get annoyed with a designer because a PSD has been poorly organised – while these situations can arise due to poor communication or squeezed time, it can also be a simple case of a lack of competence. 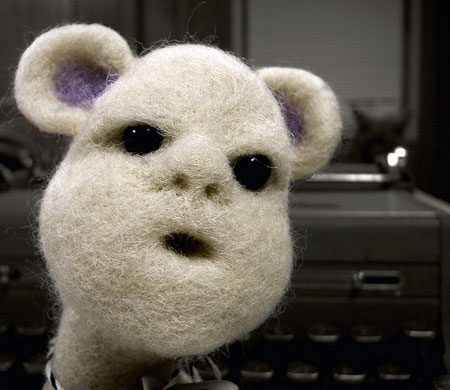 “Seriously guys, I swear I did it right this time, ya feel me?”

In either case there is one sure fire way to make matters worse and that’s to bitch and whine with either party about the other. Instead of enflaming the issue look at positive ways to solve it.

Immediately quell any slating of anyone and start to guide the conversation to a vibe of “Ok, how are we going to fix this now and make sure it doesn’t happen again”. Again, by default take the position that the person who has caused issues with low competence probably meant well and what’s needed is education not crucifixion.

Get the two parties together and facilitate a little informal session on why this element causes issues and what approach can be taken in the future to reduce them.

You’d be surprised how quickly the tone turns from spiteful and toxic to something a little more positive and constructive when a Web Project Manager gets two people together and facilitates a little education session, that leaves both parties feeling a little bit more empathetic towards the other.

Low Awareness of the Bigger Picture

Aside from conflicting priorities this is probably the most common reason for internal squabbling on digital teams and having been on the production side myself I can think back to when I was the biggest culprit.

I would build a site in superbly clean front-end code and then get annoyed when I was told there was no time to ensure the site passed a heap of accessibility checkpoints, be it through testers or by human testing – outrageous!! 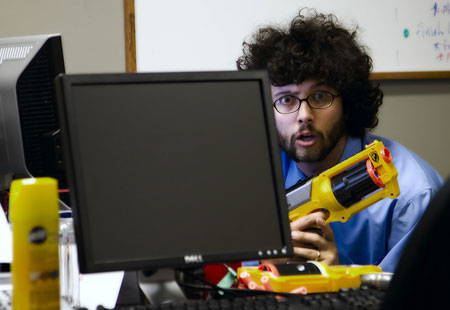 Despite meaning well and knowing what best practice was I just didn’t understand that from a commercial standpoint that there just wasn’t the budget to allow me to do this. The mistake my manager at the time made was not to explain this to me in a way I could understand – I was totally peed off and thought he didn’t care about best practice.

From experiences like this I learnt that in similar design or development situations where a Web Project Manager will make a decision that makes production teams vomit, it’s important that you communicate that you’re fully aware it’s not best practice and then move onto explain why you’ve made the decision.

It really annoys me when any management person talks about production teams as if they don’t care about the commercial side of business, or even worse, wouldn’t understand it – bullshit.

Web designers and developers are very smart people and if they’re talked to as such I’ve yet to find one that doesn’t end up appreciating why they have to ‘code it dirty’ from time to time. No, it doesn’t make them happy to do so, nor will it stop the same frustrations next time as these people have passion and pride, but it does get the job done and compliance should always be rewarded on a future web project with some breathing space to do the right thing.

I genuinely believe if a production team member seems to not care about the bigger picture, his manager or Web Project Manager has simply not found the right way to communicate it and they should keep trying before assuming the worst of the person.

While there are many more common issues experienced within digital teams, the main points I wanted to get across are that as a Web Project Manager you should see it as your responsibility to try and resolve any issues that are causing problems with your web projects.

Please do not immediately go bleating to your manager or colleagues about these issues, first try and resolve them yourself.

Running to your manager each time not only puts more on their already busy plates, but it also loses you massive respect points from your team, the very people you’re meant to be leading and keeping motivated to work for you – the manager route should be your last point of call, not first. 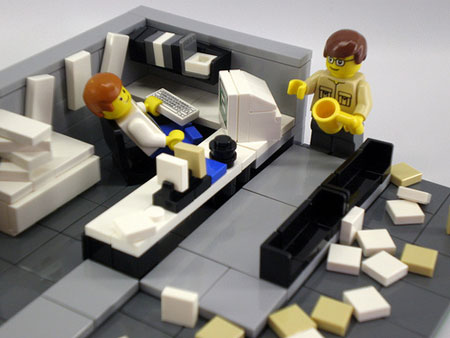 Always start by being empathetic to Jedi levels when any issues arise. So often I see in-house fighting between two parties that turns nasty when all along both just wanted to do what they saw as the right thing – stop it before it turns nasty by genuinely (not falsely) listening and understanding the reasons for the feelings – a powerful weapon in the Web Project Manager’s arsenal is the ability to empathise where others cannot.

Make sure to resolve each conflict with education. This education could take many forms, be it on the skills front or business angle, but make sure that by the end of it all parties involved have a heightened awareness to the feelings of others and increased knowledge on how to avoid it next time.

Do you have any golden tips on managing internal issues in production teams?