by thesambarnes, in Digital Project Management, with 32 comments -

A long time ago when just starting out in web project management I remember a mentor of mine giving me a line to use in an interview when he heard the Head of Web Development would be in on the interview, he told me to make sure I say:

My role as a Web Project Manager is to make the web developer’s jobs stress free.

At the time I thought this was just a fancy little trick to make the guy give me an interview gold star from his point of view, however, in my subsequent years as a Web Project Manager I’ve come to realise this wasn’t just a nice line to use – it’s actually one of the core principles of being a good Web Project Manager and actually extends further than web developers.

I now believe that one underlying line in any Web Project Manager Job description should be:

My role as Web Project Manager is to make everyone’s job as productive and stress free as possible.

With focus on web designers and developers, but true for the whole project team, let me explain…

Web designers and web developers are highly skilled people and nothing will destroy their passion, productivity and morale quicker than having them involved in areas of a web project that stop them from doing what they love and do best, designing and developing.

The range of tasks that can stop these experts from doing what they’re hired to do are endless, but what is finite is that when it comes to web project team management, one primary goal of a Web Project Manager is to do everything within their power to ensure these guys and gals don’t get sidetracked or bogged down in things that will reduce the quality of their work.

The minute this happens the effectiveness of the team is diluted, momentum is reduced and Web Project Managers need to understand this.

Whether you used to be a web designer or developer or not, you have to appreciate that when these guys are in the zone and working hard to meet deadlines you probably set out for them, stopping to answer the phone, an e-mail or an ad hoc question can seriously break their flow and it takes time to get back into it.

Another key aspect to being a good Web Project Manager is keep the production teams as stress free as possible by absorbing as much stress for them as you can. 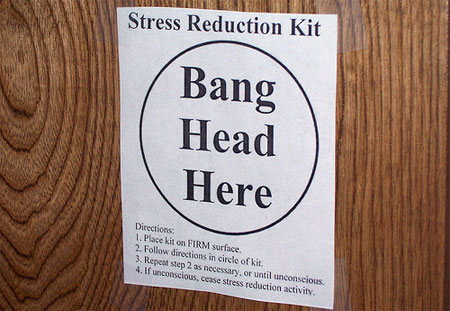 This should be included in Web Project Manager induction packs

Although never on any Web Project Manager Job description, it should be assumed that part of the role is to basically take crap on behalf of your team in such a way that they don’t even get a whiff of it, even if they’re the cause of it.

During a web project there are a zillion things that will happen that will cause stress, but a test of your team management leadership skills is to see how much of this stress you can personally absorb in such a way that your production team don’t feel the heat, why?

Simply because a stressed web designer or developer will not work as well as a happy one.

Why Should I Take All The Crap!?

Many Web Project Managers out there have asked this question and it’s a valid one, but the answer is because it’s your job.

Think about it, your boss right now, do you think he or she is completely open with all members of their company about all the issues that exist right now? Of course not. While they may be transparent with many about certain workflow or revenue concerns they don’t bother the design or development teams with tax or buildings insurance issues. 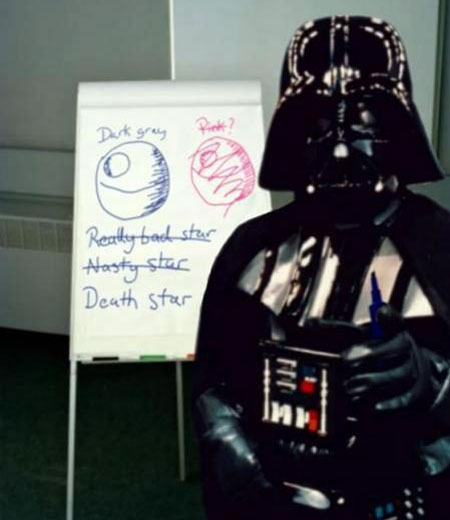 There is a reason for this, it’s because it would serve no purpose other than to make everyone worry, and what happens when people are worried? They start to feel negative and this will only result in negative impact across the entire company.

Although a rather elaborate example, the theory is the same as to why you as a Web Project Manager should take all the crap you can and shield your web project team from it – because your job is to keep your team positive, motivated and focussed on their job – and if this means taking some crap you know you don’t deserve then so be it.

If you don’t like the sound of this then you have no business being a Web Project Manager, or a manager of any kind for that matter.

If you want to be a good Web Project Manager you should try to aim to be a rhythm guitarist rather than play lead guitar or sing lead vocals.

By this I mean you should understand that your job is to sit behind the boys and girls that get all the attention for finished products and make sure everything runs smoothly without expecting any glory – for example, in the video below I’m not the pretty boy on lead, but his much wiser looking band mate on the left… cool eh!

Or as my Dad once told me, a good rhythm guitarist keeps the song going in such a way that when they’re playing you tend not to notice, but if they were taken away you immediately notice and the song falls flat on its face.

I’ve worked on many web projects in the past where the final website or application was delivered and all the praise was focussed around how beautiful the end product looked or how amazing this or that piece of functionality was – and the point here is that despite no one saying how great the web project management was, I didn’t mind one bit – I took an enormous amount of silent pleasure at the smiles on the faces of the designers and developers as they were patted on the back.

In many cases only I knew what stresses there was along the way and how much crap I’d taken on behalf of the team, and on occasion how I’d opted to make myself look at fault rather than make sure blame was assigned to who it should’ve been, but I kept it quiet and sat there smiling to myself because I had done my job.

And while this may all sound like some kind of self-proclaimed nobility and humility, it really isn’t. I just adamantly believe that a Web Project Manager’s greatest success should come in the form of being able to sit back and watch others be praised knowing that behind it all was you – I get more pleasure and satisfaction from that then receiving praise myself and have noticed this is a common trait among Web Project Managers the more I meet.

But I deserve some credit surely!?

Of course Web Project Managers deserve credit for successful web projects, but I personally find that this comes over time, but if you’re like me it’s not so much credit that you want, it’s respect, and respect from not only management by the production team too. 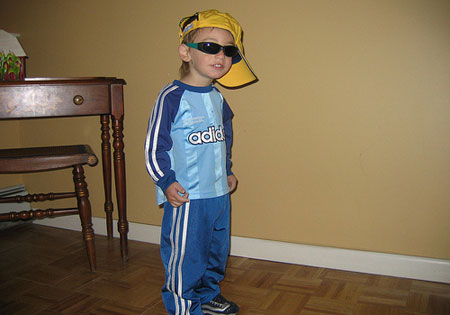 In the heat of the moment when you’re taking the crap from someone or for someone it can often make you question why you’re bothering, after all Web Project Managers are just human too. Every part of you wants to shout out that actually it’s not your fault and it’s his or hers, and why should you be suffering all the stress when you’re not at fault.

But if you continually stay strong and show strength of character your manager and production teams will start to notice just what part you play in the success and appreciate it.

This not only means you can look yourself in the mirror at night knowing you’ve retained your dignity when others would’ve play the blame game, but you also gain an awful lot of respect that in the long term will actually reduce your own stress levels as people want to work for you more and more.

It’s kind of a strange philosophy but it seems to work – make your mission to make everyone else look good without ever expecting reward or credit, and somehow you end up looking good and receiving reward and credit.

Anyone who sets out on a mission to make themselves look good and receive reward or credit above their team – always seem to end up looking like dickheads. 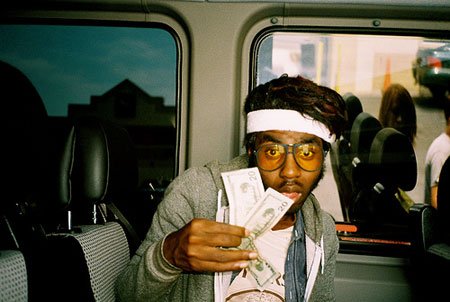 So what can you do to minimise getting a ‘dickhead’ label?

Below are my top ten tips of how to make web designer’s and developer’s jobs as easy and stress free as possible by keeping them focussed on what they do best, which of course makes your web projects run smoother – if you get some respect along the way then consider it a bonus, not a birth right.

Have you got any anti-dickhead tips for keeping web production teams focussed and stress free? Let me know in the comments.