by thesambarnes, in DPM News, with no comments -

Back in November of last year I was contacted by Matt Thornhill of Code ComputerLove to ask if I’d like to speak at the first UK-based event aimed at the topic of digital project management, DPM:UK.

My digital project management philosophy in one slide.

I had the same inner monologue and verbal reply as I always do when asked if I’d like to speak at an event.

Inner monologue: Oh no not again. You’ve only just recovered from the last one. All the nerves, all the preparation, all the practicing, all the nerves again, don’t do it. You coward, do it or you’ll regret it. Don’t do it. Do it freaking bald midget pussy!

It did help that I could give the same talk as I did at the Digital PM Summit in October 2013 and so I opened Keynote and began running through the talk again. 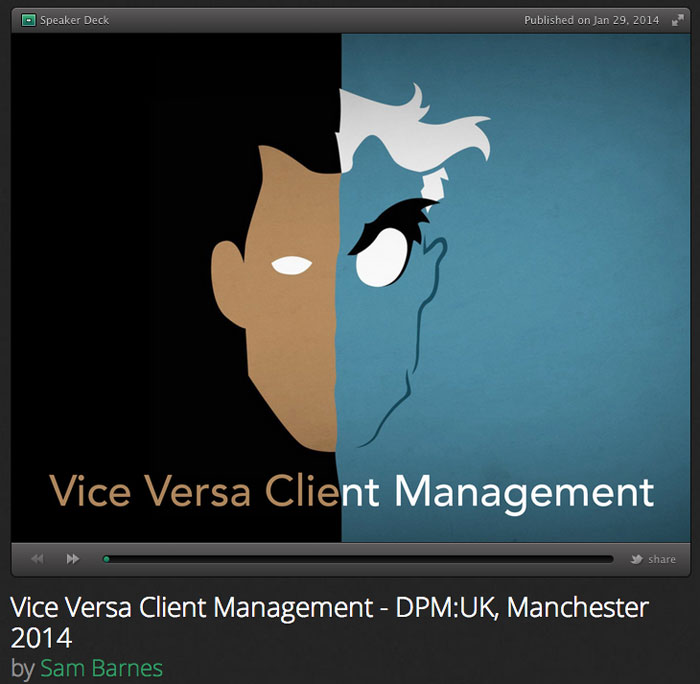 This totally is an image and not a slide embed.

Matt also asked if I would be interested in being part of the steering committee who would be organising the event, again I said yes.

It was at this point I was introduced to the lovely folk at Manchester Digital, who were working with Matt to arrange the event. At this point I’d like to say a big hello and thank you to the militant little organiser Rachel Thompson (follow Rachel on Twitter for at least one gigglesnort a day), the lovely Teresa Paredes and the simply amazing Katie Gallagher, who I will forever remember as the person who said…

Do you want to know what the best thing that’s ever happened to me hummus-wise?
Katie Gallagher, 2014

Over the next few months I watched, and helped a tiny bit, the guys organise this first UK-based digital project management event. Before we knew it, January was upon us and it was time to kick off the show. 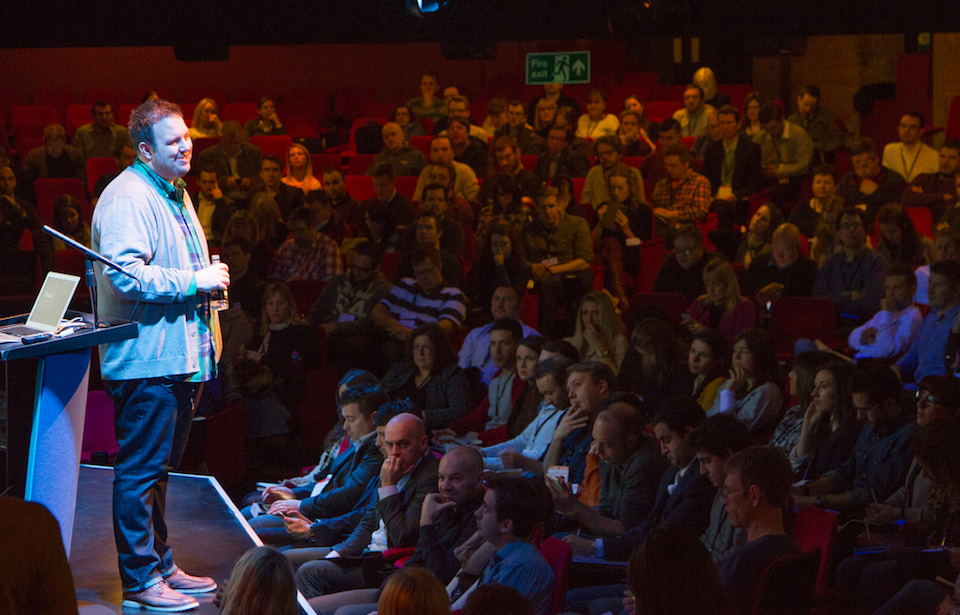 Brett Harned opened the day with 25 tips on how to Be a Better PM.

I’m not going to do a full recap of the event as there have been so many brilliant summaries written up since that I’ll link to below. So I would just like to say a big thank you to all that attended, spoke or helped put this thing together and I look forward to future events. 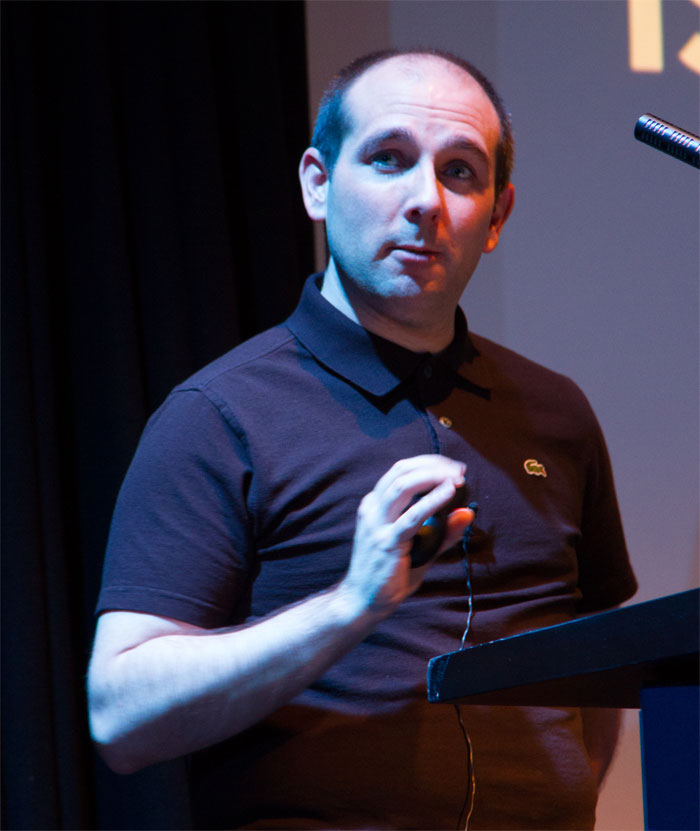